You want to build a kingdom for yourself. Get ready for an epic journey to defend your kingdom and conquer another kingdom.

Download APK
0/5 No votes
Report
Developer
Kimmese NevaVersion
1.0.3
Updated
August 1, 2020Requirements
5.0 and up
Get it on

You want to build a kingdom for yourself. Get ready for an epic journey to defend your kingdom and conquer another kingdom.

Which war have you led? Attack the castle with the crowd army. An adventure race full of adventure will make you do not want to be miss from a single-handed to your strong army is built very simple and create their stronghold. Well, let’s start the war legendary

Never stop running!
Run and use strategy try to collect the strongest army possible and clash against the rival team killer boss to build your own castle Skillfully overcome moving obstacles like serrated, spinning, tornadoes, and monsters.
Move wisely to lead your people through obstacles on the way to get the largest army can expel the commander and take over the castle of the enemy
Move and take crowd members until you reach the castle at the end of the road. Crush all rivals in the final battle and capture the castle!
Increase your ranking by beating your opponents.
Join the arena and overcome many challenges levels by defeating your opponents in hand-to-hand! The fight can be difficult, prepare your strategy and ingenuity to win in this RPG fighting game! Also, you can customize your character; Skin, Clothing, Dance, and more!

—– HOW TO PLAY ——-
– You start with the number 0
– Drag left or right to change the road race collect the crowd.
– Touch and run to collect troops into one big army
– Overcoming obstacles
– Collect keys
– Clash and capture the strongholds and castles of the enemy
– Dominate the opponent’s castle
—– GAME FEATURES —–
– RPG game, survival game
– Unique tactics and levels
– Simple sharp graphics easy to see
– Smooth control without worrying about lag
– Rewards, interesting gifts
Courageous, intelligent, and skillful to take your teammates through these tough obstacles! Download the best game now to challenge your intelligence! The game is currently free on Google play! 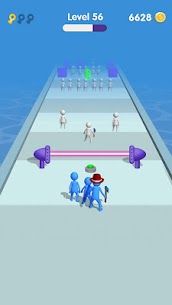 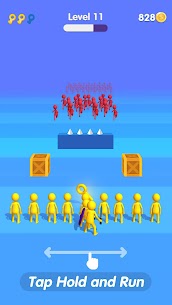 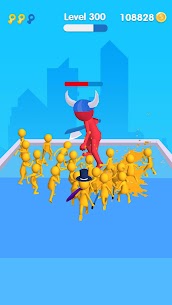 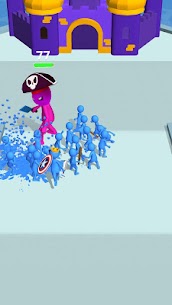 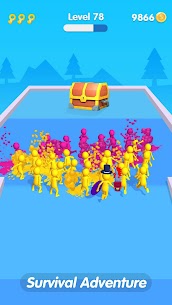