This party game has many names, but if you're after the following you're in luck!:

Download APK
0/5 No votes
Report
Developer
SwiftwareVersion
1.1
Updated
December 16, 2014Requirements
2.3 and up
Get it on

This party game has many names, but if you’re after the following you’re in luck!:
Kings, The King’s Cup, Ring of Fire, Circle of Death, Donut.

We have transformed this classic student drinking game into an app! Great for parties, pre night out drinks, and any time you feel present company isn’t quite drunk enough.

Never played before? It couldn’t be simpler. Take it in turns to pick cards from the deck. Each card is associated with a rule or game, which could be anything from having a sip of drink to seeing the whole party standing on chairs flapping their elbows!

Alternatively, if you wish to play the King’s Cup (Kings) with real cards, use this app as a rules reference, or simply to find new rules and drinking game ideas!

Features:
– Completely customisable with tons of rules and drinking games to choose from.
– Create and apply your own rules.
– Freely move cards around to pick them.
– Custom player names.
– Sleek animations.
– Easy to use menu system ergonomically designed for non-sober users. 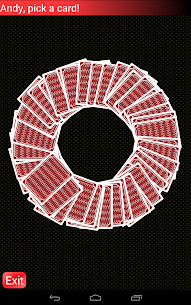 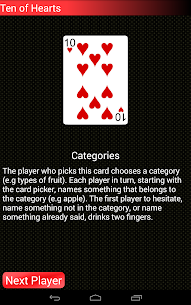 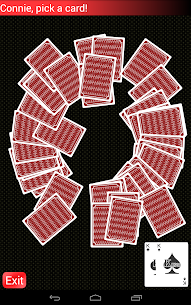 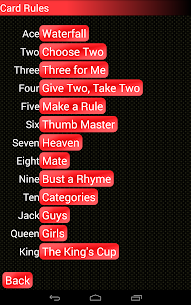 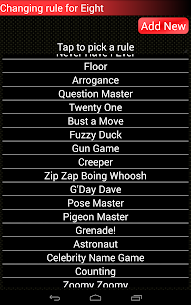